"Law is the safest shield"

"the Law is the surest sanctuary that a man can take, and the strongest fortress to protect the weakest of all"

U.S.Coast Guard Site specifically on the Steamer Belle of Louisville

Second location for data on Steamer Belle of Louisville

MY OTHER WEB PAGES


Frameless Version of this page 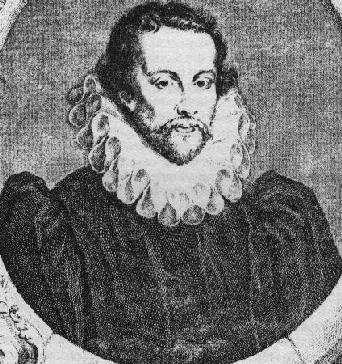 If there is one man in history who personified the principles upon which the United States was to be built, that man would be SIR EDWARD COKE (pronounced "Cook"). Born 1 February 1552, in Mileham, Norfolk, England, he died 3 September 1634, eighty two years later. His long lifetime encompassed the reigns of Edward VI, Mary Tudor, Elizabeth I, James I, and almost half the reign of Charles I. This period of history was crucial to the development of the basic individual rights that we cheerish so much today.

During his life Coke held many positions of high judicial importance: first entered Parliament in 1589, elected Speaker of the House of Commons in 1592, appointed Solicitor General, Reader of the Inner Temple & Recorder of London in 1592, Attorney-General in 1593, Chief Justice of the Common Pleas in 1606, and finally in 1613 Chief Justice of the King's Bench (known as the "Lord Chief Justice of England"). In 1620 Coke entered Parliament for his second time. During that sixteen year tenure Coke was to again have a monumental impact upon the Anglo-American legal tradition.

Coke received his university education at Trinity College, Cambridge, from which he proceeded as Master of Arts to Clifford Inn, attached to the Inner Temple, one of four "schools of law." On 20 April 1578, Coke was "called to the bar" after having served an apprenticeship of seven years (eight years was the duration of the normal apprenticeship). In 1579 Coke was one of six counsel for defendant Henry Shelley in a suit that is famous for establishing certain precedents in the inheritance of land. It is said that the question "what is the Rule in Shelley's Case?" has been a mark of bar examinations for three centuries and two nations.* Shelley's case would alone suffice for Coke's reputation to endure through the ages.

As Solicitor-General and Attorney-General he acted the usual part of the Crown's lawyer, conducting several notable "trails of state" including those of the Earls of Essex and Southhampton, of Sir Walter Raleigh, and of the perpetrators of the "gunpowder plot," a plot to destroy Parliament when the King was in session with the House of Lords.

In 1606 Sir Edward (James had knighted him in 1603) was appointed Chief Justice of the Common Pleas. With this appointment Coke, a ferocious attorney, turned to the serive of the State and the Law and became one of the most distinguished and respected of English Judges. Under the customs of the time, a man could not be appointed a judge until he had been created Serjeant-at-Law. Serjeantry, derived from the medieval Latin word "serientia," means service and was characteristic of an obligation to perform a personal service relating to solemn occasions of state. Hosting a traditional serjeants' feast, Coke distributed rings to those present with the motto "Lex est tutissima cassis"--the Law is the safest shield. Later Coke was to write "the Law is the surest sanctuary that a man can take, and the strongest fortress to protect the weakest of all; Lex est tutissima cassis."

Being Chief Justice of the Common Pleas enabled Coke to act as arbitrator between the King and the people. It was from this bench that Coke began in earnest his defense of the rights of the people from the monarch obsessed with the theory of "Divine Right" of royal authority.

In 1610 there came before Coke a case involving a dispute between Dr. Thomas Bonham and the Royal College of Physicians. The details of the case are unimportant, but Coke seized upon the opportunity to declare the supremacy of the Common Law above that of both Parliament and the King:

"In many cases the Common Law will control Acts of Parliament and some times adjudge them to be utterly void; for when an Act of Parliament is against common right and reason, or repugnant, or impossible to be performed, the common law will control it and adjudge such Act to be void."

American legal tradition does not begin in 1620 or with the founding of the Nation in 1776. It begins at a common source with English Law. Sir Edward Coke never crossed the stormy Atlantic but a partial set of his Reports did make the historic 1620 crossing of the Mayflower; well into the nineteenth century "Coke on Littleton" was a book every lawyer knew.

In 1765, more than one hundred fifty years after Coke's decision, the Massachusetts Assembly, protesting a Stamp Act passed by Parliament, declared it invalid "against Magna Carta and the Natural Rights of Englishmen, and therefore according to the Lord Coke, null and void." Patrick Henry also cited Coke as authority for nullification in his speech before the Virginia House of Burgesses.

Perhaps it is in Coke's decision in Bonham's Case, and in "Lex est tutissima cassis," the Law is the safest shield, that the first seeds for the creation of a Supreme Court--a court that would pass on legislation and interpret it--first started.

Is is clear that writings such as Bonham's Case would not meet with the approval of a King who believed in his divine authority to rule. In 1613 King James "promoted" Coke to Chief Justice of the King's Bench, where he could sit in judgement of only criminal cases. If James thought he would eliminate the thorn of Coke from his side he was mistaken. Coke showed no disposition to surrender his opinions and principles. His zeal in tracking down evidence in scandals came very close in involving the Royal household, and in 1616 Coke was removed from the Bench and from the King's Privy Council, to which he had been named in 1614.

In spite of his inconvenient principles, Coke was recalled to the Privy Council in 1617 where , for three years he was actively involved in prosecuting corruption in office and was kept active on other state affairs.

In 1620 he again entered Parliament. His service on a Committee of Parliament that investigated Sir Francis Bacon and Coke's speeches in Parliament on the abuses of the Government once more angered the King. When in 1622 James read of Coke's leadership in the Commons' debate on the Liberties of Parliament, he ordered Coke's arrest and detention in the Tower of London. Coke spent nine months in the Tower, during which time he was examined four times, his papers seized, and he was forced to defend himself in five different suits. In the end nothing was proved against Coke.

In the Parliament of 1628, during the reign of Charles I, Coke continued to distinguish his career by his defense of the Common Law over Royal Power, the right of the Commons to proceed openly against anyone, however exalted, and most importantly continued to fight against the imprisonment of men by the Crown without cause. Coke proposed and wrote the historic "Petition of Rights":

"An Act for the better securing of every free man touching property of his goods and liberty of his person. ...

"Be it now enacted that no free man shall be committed by the command of the King or the Privy Council but the cause ought to be expressed and the same being returned upon a "habeas corpus", he shall be delivered or bailed. ... Be it now enacted that no tax, tallage, or loan shall be levied by the King or any minister without Act of Parliament and that none be compelled to receive any soldier into his house against his will. ..."

By withholding a vote on the amount of five revenue subsidies which King Charles needed to replenish an empty Royal treasury, the House of Commons forced the King to accept Coke's Petition--such a man was Sir Edward Coke.

Jeffersontown, The Chamber of Commerce

Weather Cameras Around the World!!!