St. Joseph College: An inside look behind the scenes 6 August 2004

This is St. Joseph's College in Bardstown, Kentucky where a portion of the docudrama was filmed about
the historical and influential college that was once run by the Xaverian Brothers during the 1800's. 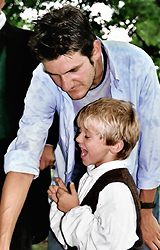